I do love London but the crowds overwhelm me, I get frustrated when I can’t get to where I want and I have on more than one occasion found myself on the wrong branch of the northern line. These are just a couple of the reasons why I was relieved that Tim was going to cheer me on for August’s 10k.
The British Heart Foundation Greenwich Park Run appealed not only because of the promised medal (the 10k challenge I have set myself is not only twelve 10ks but twelve medals!) but because it seemed like an easy location to navigate to via public transport!
We arrived early and I suddenly realised I should of worn plain leggings rather than my rather snazzy pink and coral stripes as most runners were changing into the BHF t-shirt, however after a mini panic I decided that I would change into the t-shirt post run. I have a real hatred of tight neck t-shirts when I run, preferring either vests or my beloved Lululemon swiftly run tee. 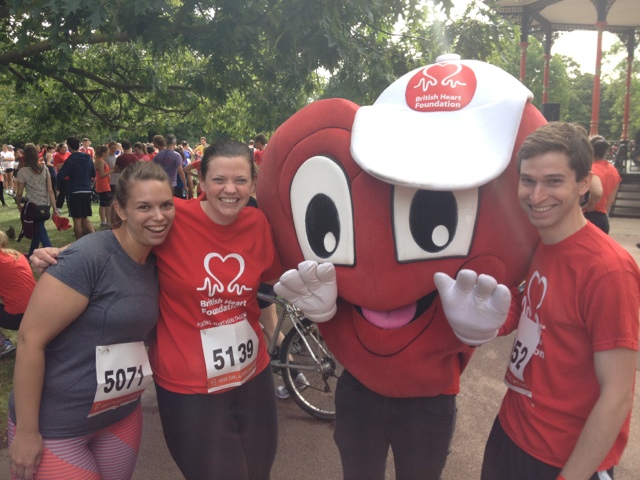 Lucy and her lovely boyfriend Chris met me at the bandstand; this was Lucy’s first race after completing the Copenhagen Marathon in May – so proud! After a zumba-ish warm-up which I reluctantly jumped around to (I am not a dancer!) we made our way to the starting pen, there was only the one pen and Lucy used the time to snap a few pictures. 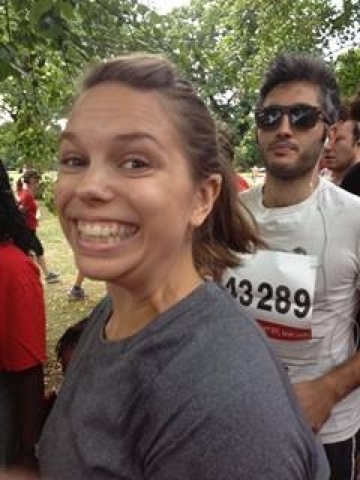 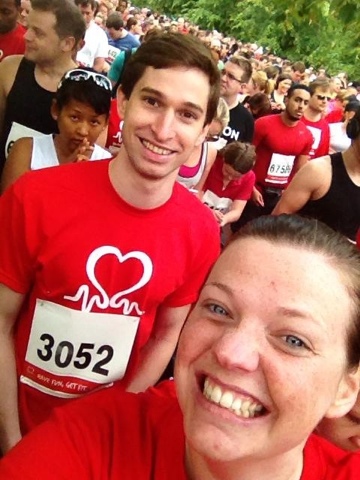 Starting from the bandstand we headed on a twisty path down Maze Hill, past the boating lake and around the mid-section of the park, at this point I was struggling, I had realised there was no km or mile markers and was unsure of my pace and got myself into a little of a panic, what if I was going to slowly, too fast? As I approached the observatory I felt wiped and the climb was tough. The hill plateaued and then continued to climb and I slowed to a jog/walk to the top. The course then twisted through the trees and round back to the bandstand, the cheers from the crowd and seeing Tim pushed me through with the clock reading 34 minutes for my 5k lap.
I felt stronger entering the second lap, having chosen my own distance markers, the park, the boat lake, the observatory and the hill. As I was climbing the hill for the second time I was really struggling, but then I saw Lucy making her way down the hill and felt my breathing settle, we cheered each other on and I ran the rest of the hill strong. The final section was mostly flat and I pushed with all the energy I had left, slowly over taking a couple of runners, the final straight was crowded with supporters and I could see Tim and Chris cheering! Encouraged by a lovely man on a megaphone I took off for a sprint and narrowly beat another girl across the line!
Feeling a little nauseous but happy I collected my medal and water and made my way to Tim and Chris ready to cheer Lucy through. Lucy had found a friend, a lovely lady whose ex-partner had recently died of a heart illness was running with her daughter but was struggling with the run and wanted to drop out at the 5k loop, Lucy encouraged her to keep running and promised she would finish with her, they came across the line together and again I was proud of my lovely friend! 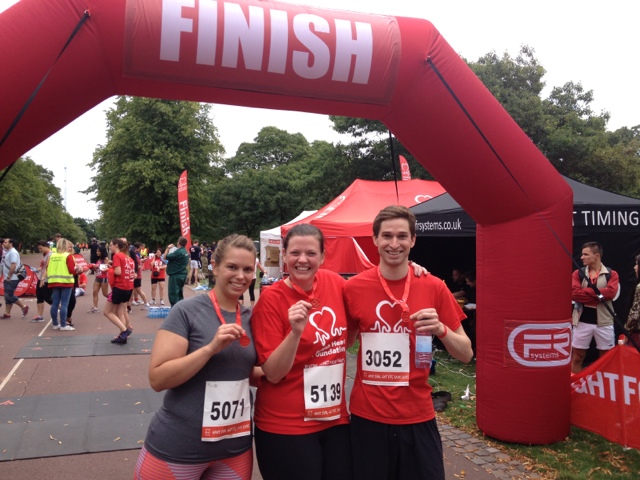 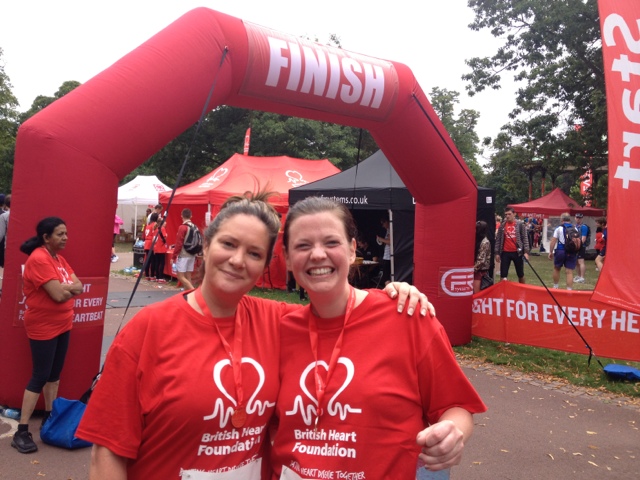 This run was tough, I realised how I really rely on feedback be it pacers or km/mile markers or timing apps like Nike+, going to up the training to include more hill runs and speed-work sessions. Feeling determined for the next challenge!
BHF Greenwich Park Run 10k 17/08/2013 (1:02:45)
No comments: