IThe 20 annual Dorney Dash was held at Eton Dorney Lake, now known for its part in the 2012 Olympics. 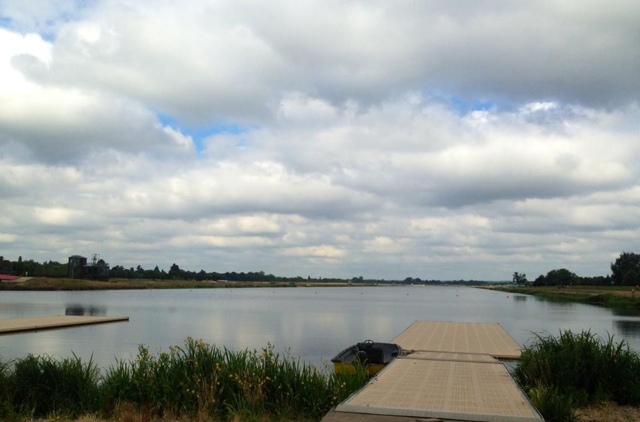 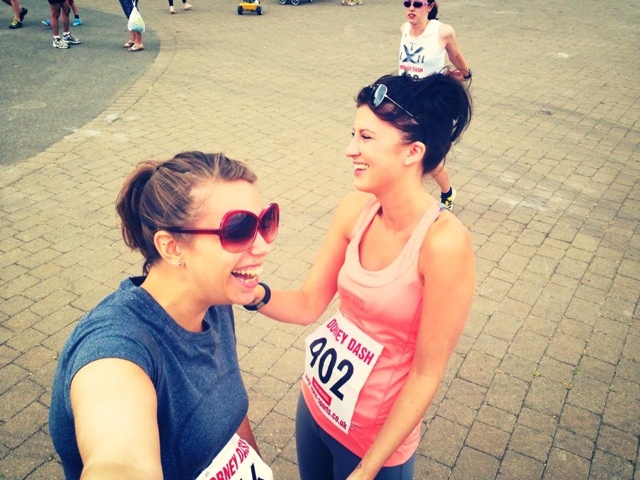 Jenny and I started off quickly (in hindsight a little too quickly!) and settled just ahead of the 60 minute pacers. The pancake flat course is truly flat, bar a couple minor bumps for lake crossings, by the 5k lap I was suffering (probably due to the far too fast start) and I was certain I was going to vomit.
After a few words of encouragement from Tim I continued for the second lap. I lost Jenny around the 5km mark and had been steadily dropping back from the pacer group I could just see the pacers yellow t-shirts ahead and resolved to finish the run strong and as fast as possible. I was slowly gaining on other runners and over-taking a few, boosting my confidence again. The medal is rather lovely and really now believing that I can complete this little challenge. 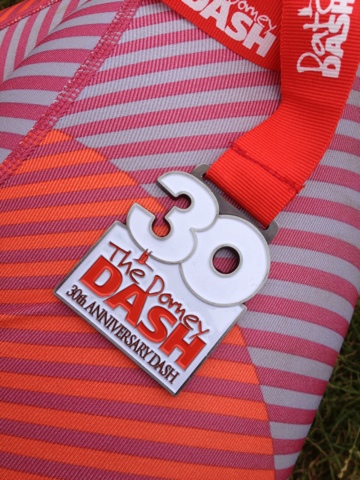